Gregor Dierck, born 1976, was nearly four years old when he received his first violin lessons with Prof. Michael Goldstein. He won prizes at the German national youth competition Jugend musiziert and was enrolled in a preperatory class with Prof. Uwe-Martin Haiberg in Berlin before completing his studies with Prof. Christiane Edinger in Lübeck in 2002. He gained experience as orchestra musician playing with the German Youth Orchestra Bundesjugendorchester and with the Hamburg Philharmonic State Orchestra under Ingo Metzmacher.

Since 1997, he’s been a member of Ensemble Resonanz as section leader of the second violins. He co-founded the Sonar String Quartet in Berlin before graduating with distinction from the Luzern School of Music where he studied with Prof. Sebastian Hamann as well as with Brian Dean (Baroque violin). In 2007, he created the music festival TONarten Sasbachwalden and has been its Artistic Director ever since, one of his flagship projects being the Funkturmkonzerte auf der Hornisgrinde. Apart from being a frequent guest at Ensemble Modern, Ensemble Musikfabrik Köln, Ensemble Integrales, Anima Eterna (BL), the Baroque orchestra Elbipolis, the Freiburger Barockorchester, the Balthasar-Neumann-Ensemble, and as concertmaster of the Hamburger Kammeroper, he is also a sought-after soloist and composer of arrangements. 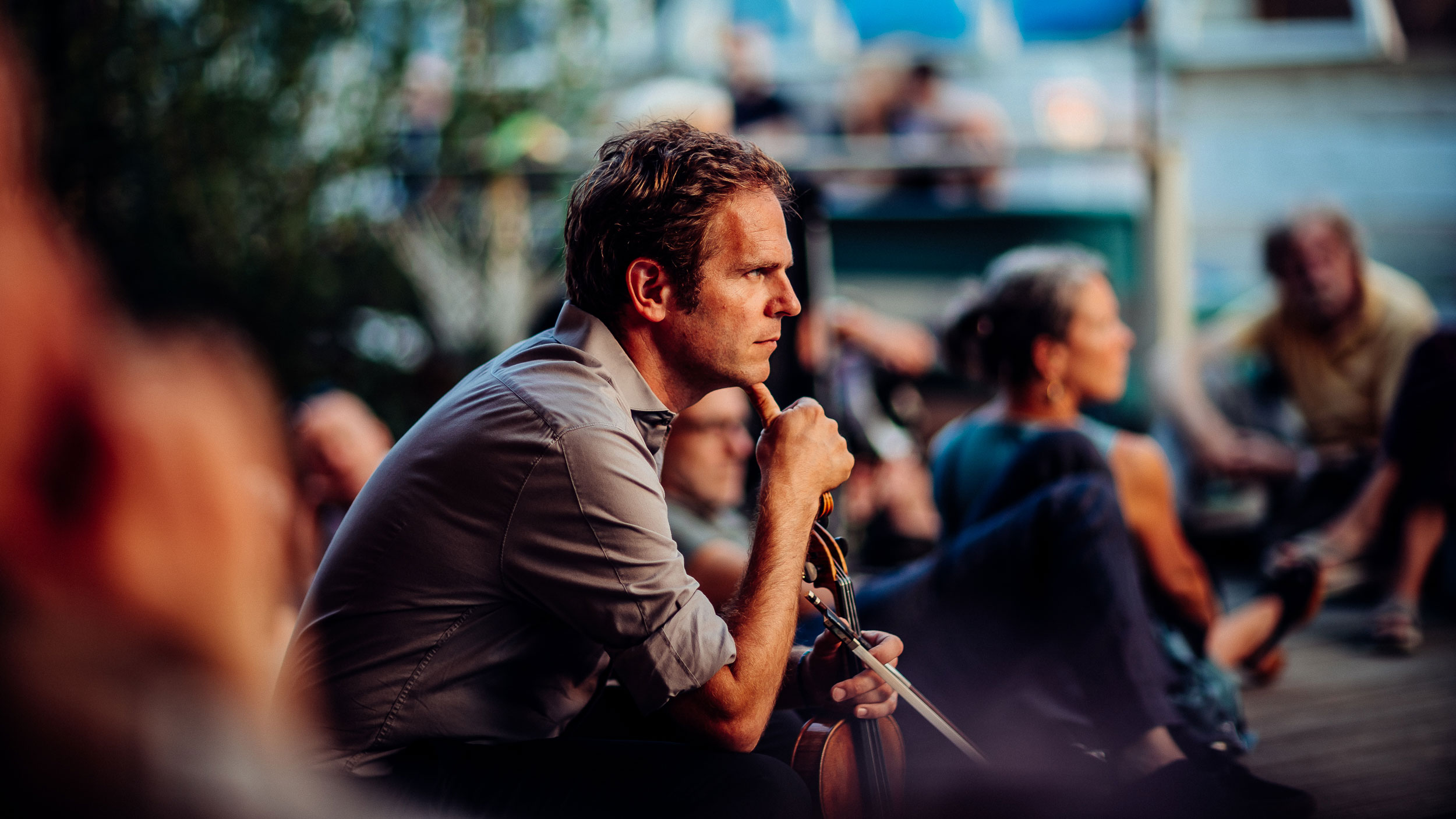 Here you could see a video. But only if you agree that it is loaded from Vimeo or YouTube.